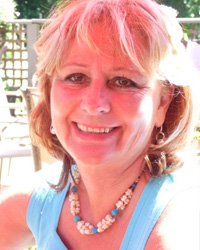 After finishing high school, Grazyna worked and volunteered from 1973 to 1978 as part of the cultural planning committee of ZAK (provincial student’s club in Gdansk) with the responsibility of coordinating premier performances for students by networking with all stakeholders: producers, directors, actors, playwrights and critics etcetera.

During this period Grazyna completed a course of study that resulted in a diploma in Economics with a focus on foreign trade.

After completing college, Grazyna spent time in England helping her Aunt with her volunteering efforts in the Polish Immigrant community in Brighton. In 1979, Grazyna returned to Poland and completed a course of studies in restaurant management for the province of Gdansk. Later in 1979, Grazyna entered into a partnership to manage the Actors Club under the Society of Polish Actors and Artists. In 1980 Grazyna owned and operated a grilled chicken outlet in the tourist destination Rozewie.

Grazyna immigrated to Vancouver, Canada in the spring of 1982 after spending one year in Austria.

Once in Canada, Grazyna attended the Vancouver Community College and completed the Vocational English Language Training Program. While attending VCC, Grazyna worked in the offices of M. Dan & Associates Engineering Services Limited as an office assistant. After completing her studies in English, Grazyna started her own property management business.

In 1984, Grazyna was employed as an Activity Coordinator in Kopernik Lodge. During the time she was employed at Kopernik she completed certificated training as a Crafts Instructor at Capilano College. After leaving Kopernik in early 1991, Grazyna focused her energies on managing properties and various design and renovation projects for Dakotas West Apartments. In 1996, Grazyna completed a course in landscaping and design.

On a more personal note, Grazyna has a real passion for raising and breeding International Champion Borzois (Russian Wolfhound) both in Poland and Canada.