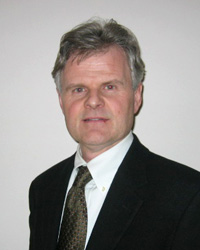 Thomas Faliszewski was born and raised in Vancouver,BC. He has degrees in both Urban Geography (UBC-BA, 1980) and in Architecture (UBC-BArch, 1984). Thomas has three children: Alexandra, Michael and Isabella, and currently resides in White Rock, BC.

Thomas Faliszewski is the president of TSDF Consultants Limited, his own design, construction and development consulting firm active in British Columbia, Washington, Oregon and California. He specializes in the construction of prefabricated and modular residential structures as well as buildings specifically designed to accommodate residents with respiratory difficulties or severe allergies.

In addition to his personal career activities, Thomas Faliszewski is a member of the board of directors of the Manufactured Housing Association of BC (MHABC) and is an associate of the Grand Pacific Group, a private development company based in Vancouver.